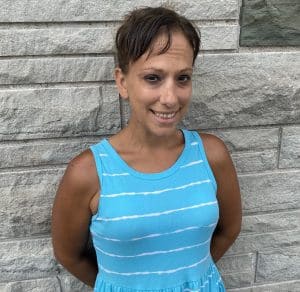 Helen Junge started at the Silex Banking Company in October 2021 as a loan processor.  She is currently working as a processor and Assistant Compliance Officer.  Helen grew up on her family farm in Silex where they raised cattle and row crops. She attended Silex High School and was active in many organizations, including FFA, but spent most of her time playing sports. She graduated in 2003 and attended Missouri Baptist University, graduating in 2007.   She married Zach Junge in 2009 and they welcomed twin daughters in 2011 and another daughter in 2013. Helen keeps busy with school events and being an officer for PTO (Parents and Teachers Organization) and Khoury League.  She enjoys coaching her daughters in both basketball and softball. Helen says: “At the Silex Banking Company, we know our customers, we care about them and their future.”