The Silex Banking Company has a long and solid history of banking starting…..

On May 2, 1892, The Silex Savings Bank opened its doors with W. E. Williams as cashier in the building located on the corner of North 2nd and Main Street. At that time, Silex had a second bank, the Farmers Exchange Bank, located at the corner of South 1st and Main Street. In 1934, the Farmers Exchange Bank closed, at which time the Silex Savings Bank purchased its assets. On March 24, 1934, the bank reorganized and began business as the Silex Banking Company. On August 23, 1934, the bank was granted its first F.D.I.C. coverage. Each depositor’s account was insured up to $5,000.00. This compares with today’s F.D.I.C. coverage of up to $250,000.00 for each depositor. 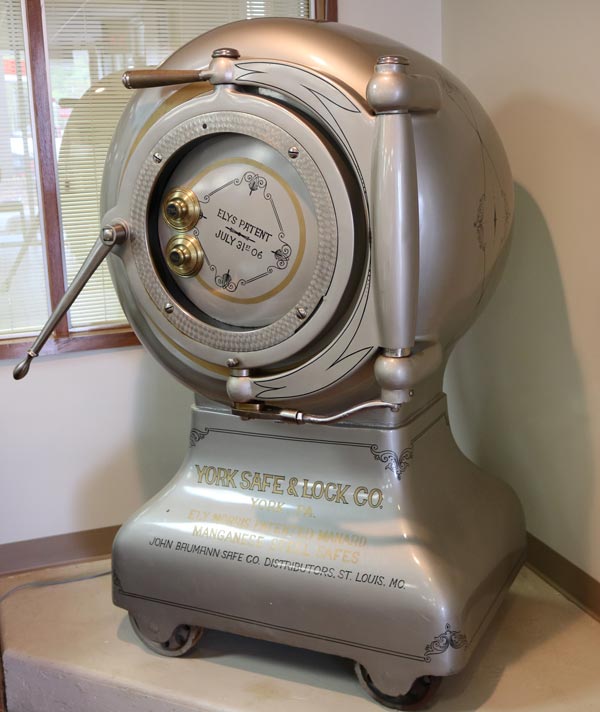 The first officers of the reorganized Silex Banking Company included W. E. Williams, President, O. H. Dameron, Vice-President, E. C. Teague, Cashier, and O. Z. Lovell, Assistant Cashier. In July of 1966, O. Z. Lovell took over operations of the bank. John Lovell joined the bank in April of that same year as Assistant Cashier. In August 1972, O. Z. Lovell was killed in a car accident. As a result of his untimely death, John T. Lovell assumed the duties of operating the bank until his retirement in 2017. At that time, Michael C. Mudd was chosen to take over as President of the Silex Banking Company.

On April 12, 1960, the Silex Banking Company moved into a new building at its present location of 20 South Second Street. The building was constructed by Bloomsdale Bank Building and Construction Company with a total of 1,581 square feet. Expansion of the bank took place in several stages. The first addition of 640 square feet took place in February 1977. A second addition of 2,100 square feet was completed in February of 1985.

June 1985 marked the beginning of the first major internal changes to the operating systems of the bank. After years of manually serving depositors, the installation of an in-house computer system was started. In 1996 the bank added an ATM machine on the north side of the bank. The ATM has been upgraded as necessitated by the changing environment. Debit cards were introduced to customers in January 1999. Internet Banking was first rolled out in October 2010. This feature included e-statements, bill pay, and funds transfer. In July 2014, the bank presented the Silex Banking Company mobile app. November 2016 introduced the latest enhancement to Mobile Banking with the addition of mobile check deposit.

On May 24, 1991, events took place that will forever be etched in the memories of the employees. An armed person entered and robbed the bank. The suspect fled and joined an accomplice on the corner of the bank’s parking lot and escaped. However, within four hours they were apprehended by the Lincoln County Sheriff’s Department and Missouri Highway Patrol. All the money was recovered.

On Sunday, September 14, 2008, the town of Silex suffered a major flood which included the bank. Even though the bank lost a majority of its computer equipment, it was only closed for one day. On Sunday, June 21, 2015, another flash flood hit the town. This flood was a “double” flood as the water came up, went down for about two hours, and then rose again to its full strength. Employees were able to enter the bank during the down time and secure as many areas as possible. The bank was able to open on Monday with the drive-up opening at normal time and the lobby within a few hours to allow for cleaning of the lobby area.

The main goal of the Silex Banking Company is to meet our customer’s service needs with quality and professionalism, while providing customer satisfaction as we have for the past 128 years with sound country banking.

As you can see, the bank has continually upgraded and added new technology. The Bank is still locally owned and operated in the same responsible manner that began in 1892, and with the addition of Internet Banking, we aim to offer all the modern banking conveniences.